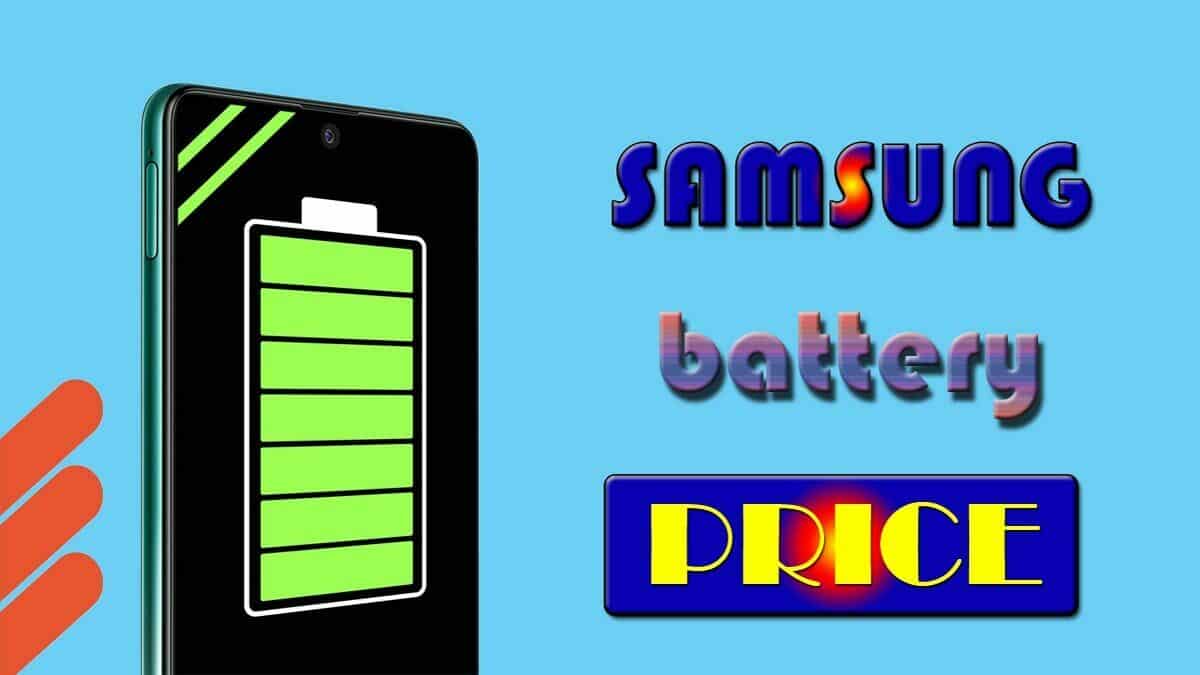 Samsung has launched many smartphones from its different series. If you own a Samsung phone and facing low battery backup issue then you might want to know price of Samsung phone battery to replace it.

In this post, we have discussed the Samsung galaxy battery price for all smartphones with battery capacity.

We all know that battery is a very important component in a smartphone. You can’t do any operation in your phone without battery.

Samsung claims that its every phone is equipped with a high-performance, high-quality Lithium-ion battery which strengthen the Galaxy user experience.

Samsung also claim that its Lithium-ion smartphone batteries are high energy density, long-lasting batteries and these are also safe to use.

Here we have provided all Samsung phone batteries details including battery capacity and price. We have categorized Galaxy phone according to their Series.

Note: Price provided in this post is basic price for Galaxy battery and not include GST. You need to pay more for the battery at Samsung authorized service center because final price includes GST (CGST+SGST).

So the final battery price at Samsung care will be higher than the price mentioned on this website. There is fixed 18% GST on Lithium-ion batteries so you may have to pay 18% more in the form of tax to price mentioned in tables given above.

Here we have tried our best to provide the Samsung Galaxy phone battery prices from all series. Data provided on this post is taken from trusted sources.

But still we don’t take guarantee for the price of Samsung Galaxy battery in your city because battery price may differ from city to city across India.