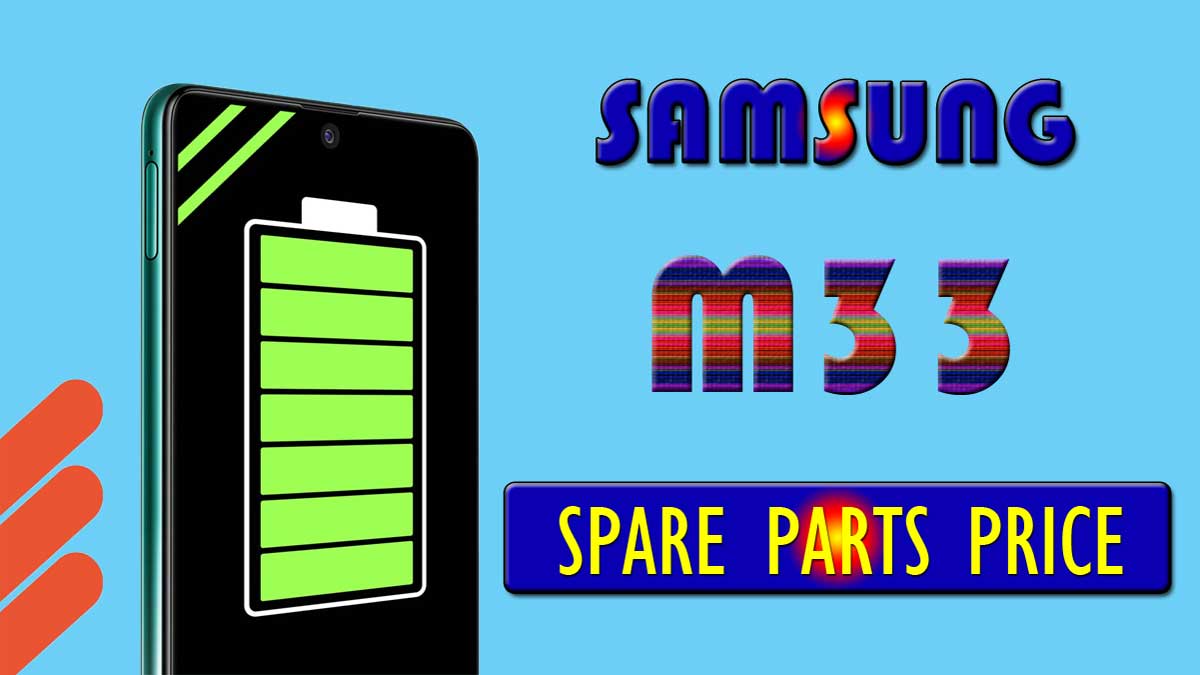 Here you will come to know the spare parts price of Galaxy M33 in Samsung authorized service center including Display, Battery, motherboard and other parts price.

Samsung started M series on 05 Feb 2019 with the launch of its brand new M10 & M20 smartphones and M series is still continued. Galaxy M53 is the latest smartphone in this series.

Galaxy M Series is a mid-range smartphone series by Samsung. This series comes below Samsung A series and Samsung M series is mainly focused on Indian online market.

Samsung M33 was released on 2 April 2022 in India in online market. You can still buy Galaxy M33 smartphone from any online store.

Although Galaxy M33 is the latest smartphone by Samsung launched in April 2022 but some manufacturing defect can be found in it as it is a technical device. So you can visit to Samsung service center to get repaired your Samsung phone for free.

If your M33 is physically damaged due to users mistake then you need to pay for the spare parts price.

In this post, We have discussed Samsung M33 display, battery, motherboard and other spare parts price list in details.

Samsung Galaxy M33 spare parts price list is available in the table below.

Galaxy M33 is equipped with 6.6-inches FHD+ LCD Display with 1080×2400 pixels resolution and its screen is also protected by Gorilla Glass 5.

Galaxy M33 is equipped with Samsung’s own Exynos 1280 Octa Core processor which is clocked at 2.4GHz frequency. It is based on 5nm Processor technology. It also supports the 12 bands for a True 5G experience.

Galaxy M33 is equipped with 6000mAh massive battery which provide good battery backup to the smartphone.

6000mAh battery is really a big battery and it also support reverse charging so you can also use this phone as a power bank to charge other smartphones also.

It is well known to everybody that there are so many bugs exists in every software so a good software developer company always release updates to their system to fix these bugs.