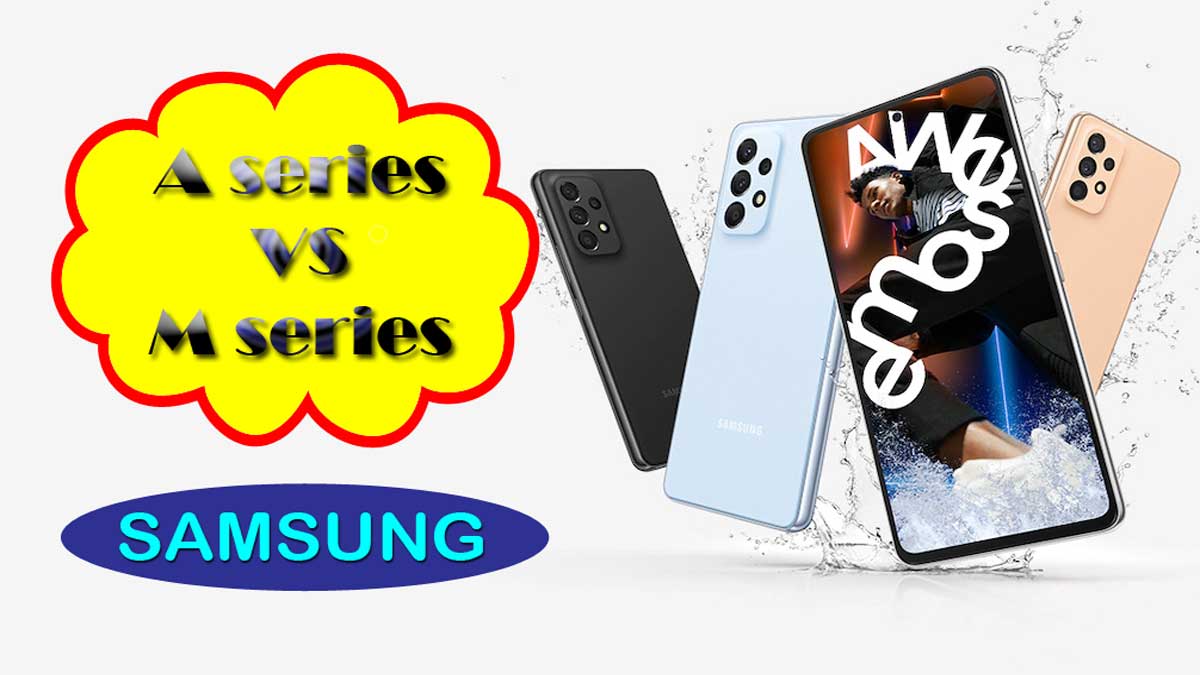 Every year Samsung launches so many smartphones so to keep track and understand these smartphones Samsung has classified its smartphones in different series.

Its M and A series are very popular series in India and both of these are budget phone series.

Whereas M series is the little bit improved version of Samsung J Series which was just a flop by Samsung and Samsung has already discontinued its J series.

The thing to notice is price difference between Samsung A series and M series. Why Samsung want to keep its A series on higher than M series.

There could be many reasons of it and we have discussed all of these in the post below.

Samsung M series is cheaper than A series

We have chosen one-one smartphone from both A and M series. For example, We have A1 and M1 having almost same specifications and features and the difference is almost negligible.

We all know that majority of Indians like to buy best specifications at a very low price and this thing is only available in budget smartphone series.

So the budget smartphone series from 10K to 20K is the most popular range of smartphones in India. And most of the Indians like to buy a smartphone between this range.

Whereas Samsung A series is a semi premium smartphones series. Its latest A71 phone base price is 33K. And so Samsung also provide good features and optimization in its A series smartphones.

Samsung also spend lot of money on research and development on its A series smartphones.

The another main reason which creates difference between M series and A series smartphones is Market type.

Samsung M series is focused on online Indian market whereas A series smartphones are mainly available on offline market.

And this could be the another reason for price difference between A and M series smartphones by Samsung.

Some of top features by Samsung are not available in Samsung M series smartphones but always available in A series phones.

Samsung Knox security feature and its all related services are not available in Samsung M series smartphones.

Initially, M series smartphones were not having Secure folder but now this series phones are also getting it. But A series phones comes with Secure Folder out of the box.

It is not compulsory that Samsung A series phones are always batter and higher in price than M series smartphones.

Its also depend on model to model as Samsung is applying different marketing strategies to create more and more sales every times with launch of every model from every smartphones series.

So You should always compare each model before buying it blindly from A or M series.

Buy in most of the cases we have noticed that M series comes below A series in performance, optimization, build quality and price range also.

And there are many thing to consider before buying a smartphones. You should be very clear which specifications are very important for you and than you should decide to buy a smartphones.

Some people like to buy a simple smartphone with long battery as they don’t required advanced features in their smartphone.

On the other hand some people do video editing, some do gaming, some like to capture photographs every time and some use phone for watching videos and calling purposes.

So you should decide your smartphone according to you need only and you should not believe third partly blindly because everyone has its choice and requirement.

Also Read: Difference between Samsung A vs M series