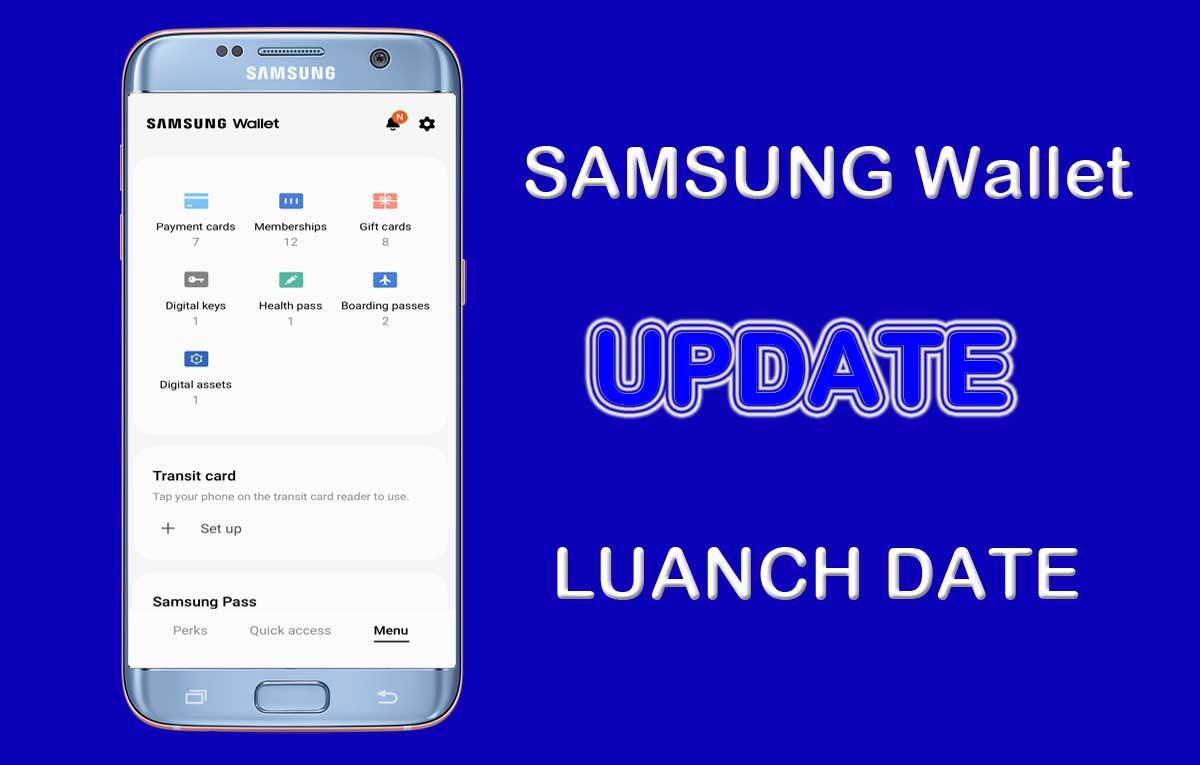 Samsung wallet is the new software developed by Samsung for its smartphones. Samsung Wallet app is only available for Samsung devices with Knox Security only.

Samsung Wallet app was initially launched in Jan 2013 for Samsung phones but it was replaced with Samsung pass app in Jun 2015. It was discontinued by Samsung with giving any explanation and any valid reason.

Samsung Wallet app is bringing all the features of Samsung pass and pay apps and it will also bring many new features other than both of these apps.

What is Samsung Wallet

Samsung Wallet apps is a newly launched platform for Galaxy users which facilitates them to organize ID (identity) cards, boarding passes, digital keys and much more.

Samsung Wallet app is the combination of Samsung Pay with Samsung Pass to provide you all digital life needs at a single place.

This app has been announced by Samsung on 16 Jun 2022 and it will be available to Galaxy devices through Samsung store updates.

It is initially launched in the six countries including France, Germany, Italy, Spain, the UK and the US. Galaxy users belongs to these countries can update Samsung pay to Samsung Wallet app using Samsung store app.

This app can save you passwords in safe and protected environment and provide you when required. This app also has cryptocurrency features and much more.

You can also save you flight boarding pass, IDs, certificates and many more things.

How to get Samsung Wallet app

Smartphone brands other than Samsung are not eligible to download and install Samsung Wallet app.

Samsung Wallet app is secured with defense grade Knox security platform. This protections include encryption and fingerprint recognition which help safeguard users’ sensitive data, so only the device owners can access their important information.

So we can say that Samsung Wallet app is safer than other wallet apps available on the internet because no one provide such defense grade knox security features other than Samsung and Apple.

How to clear cache in Samsung phones?