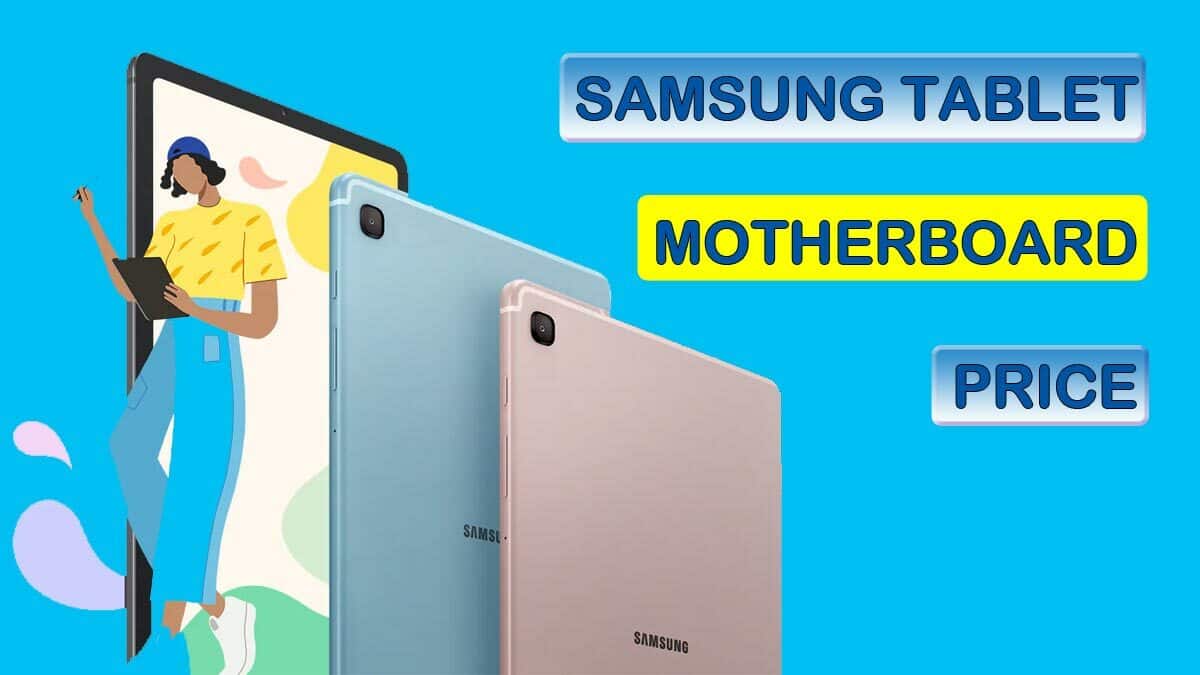 Samsung Galaxy tablet motherboard price and replacement cost at the authorized service center for all tab models are available in this post. We have dedicated post on Samsung Tablet battery and Samsung tablet screen replacement cost for all Galaxy smartphones.

Initially Samsung released its Galaxy Tab number series like Samsung Galaxy tab 7.0 and so on. After some time, Samsung also released its 3 more-tab series which are as follows:

Motherboard is the main part of an electronic device which consist of most important components of the device. Motherboard in tablets consist of processor, RAM, ROM, Storage, WiFi, Bluetooth, Charging port, GPS and more.

Even other parts like speaker, display and aux port are also connected with motherboard of the tablet. Samsung technician at authorized service center doesn’t repair motherboard.

They replace the complete motherboard if any component of the motherboard becomes faulty. This is found when tablet is under Warranty, but main problem arises when tablet becomes out of Warranty.

This thing is not justified but this is not in case of Samsung only, it happens in case of every smartphone brand. No smartphone service center repairs the motherboard they simply replace it with the newer one.

So, in this post, we have discussed Samsung galaxy tab motherboard price with their storage capacity in GB for all recently launched tablets.

Note: Price mentioned in the above given tables are without GST so you may have to pay for GST (CGST+SGST) and additional service charges if any at the time of motherboard replacement.

Motherboard price at Samsung care will be higher than the price mentioned on this website. There is fixed 18% GST on Lithium-ion batteries so you may have to pay 18% more in the form of tax to price mentioned in tables given above.

You can check Warranty Status of your Tablet by counting 12 months from the date of purchase of your Galaxy product.

If you replace your smartphone motherboard from Samsung authorized service center than you will again get 03 months of Warranty on new motherboard from the date of replacement. You can also refer Samsung Warranty page for more detailed information.

Here we have tried our best to provide the Samsung Galaxy phone motherboard prices from all series. Data provided on this post is taken from trusted sources.

But still, we don’t take guarantee for the price of Samsung Galaxy motherboard in your city because motherboard price may differ from city to city across India.

Samsung One UI 5.0 VS One UI 4.1 comparison and review

How to make Samsung phone faster