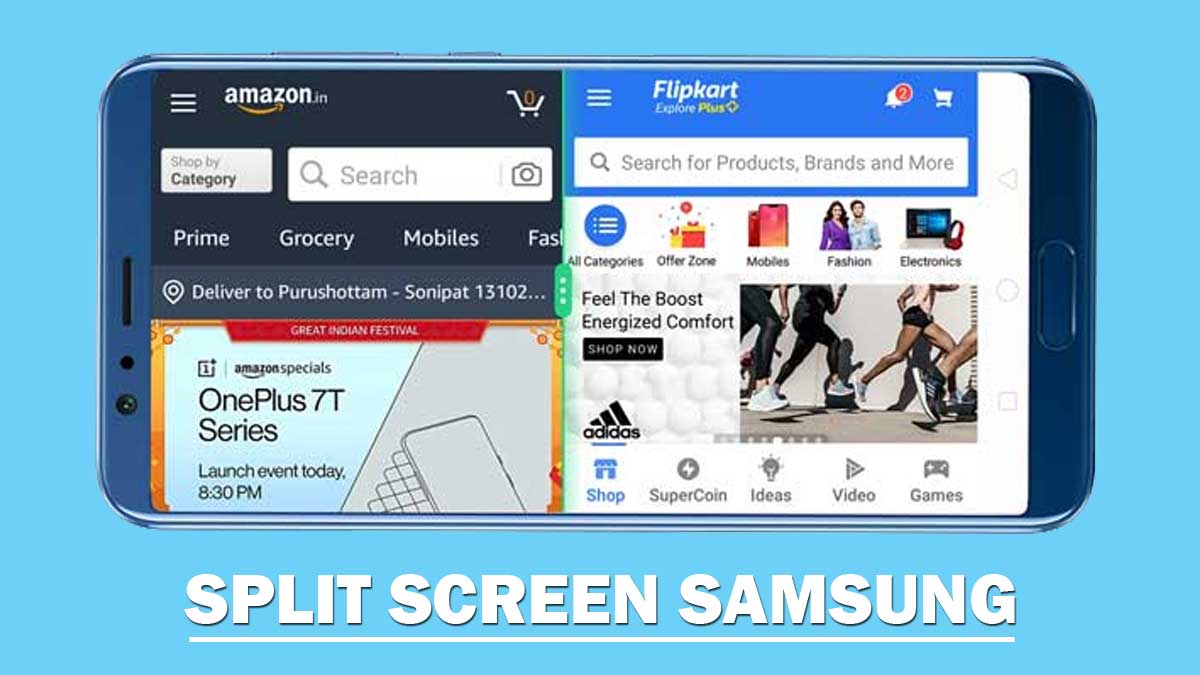 There are many times when we want to use two apps at a time, you can use YouTube while chatting on Facebook or WhatsApp. You can even do more things by using split screen feature.

Split screen is a built-in feature in all smartphones so you need not to install any third party app from any app store.

You can also use multitasking to do many tasks at the same times in galaxy devices but you need to switch from one app to another frequently. So in many cases split screen can be found useful than multitasking.

What is split screen

Split-screen is a technique to divide the mobile screen into two segments where you can use two different apps independently without affecting each other.

You can see two windows on the screen of your phone and you can run two applications at the same time without freezing or pausing the any app.

You can also adjust the size of the display, and copy information from one app to the other very quickly.

How to split screen in Samsung

It is very easy to use split screen in Galaxy phones. You can follow the simple steps given below:

Split screen is a very easy to use feature in Android smartphones. If you have any question or feedback the let us know in the comment section below.