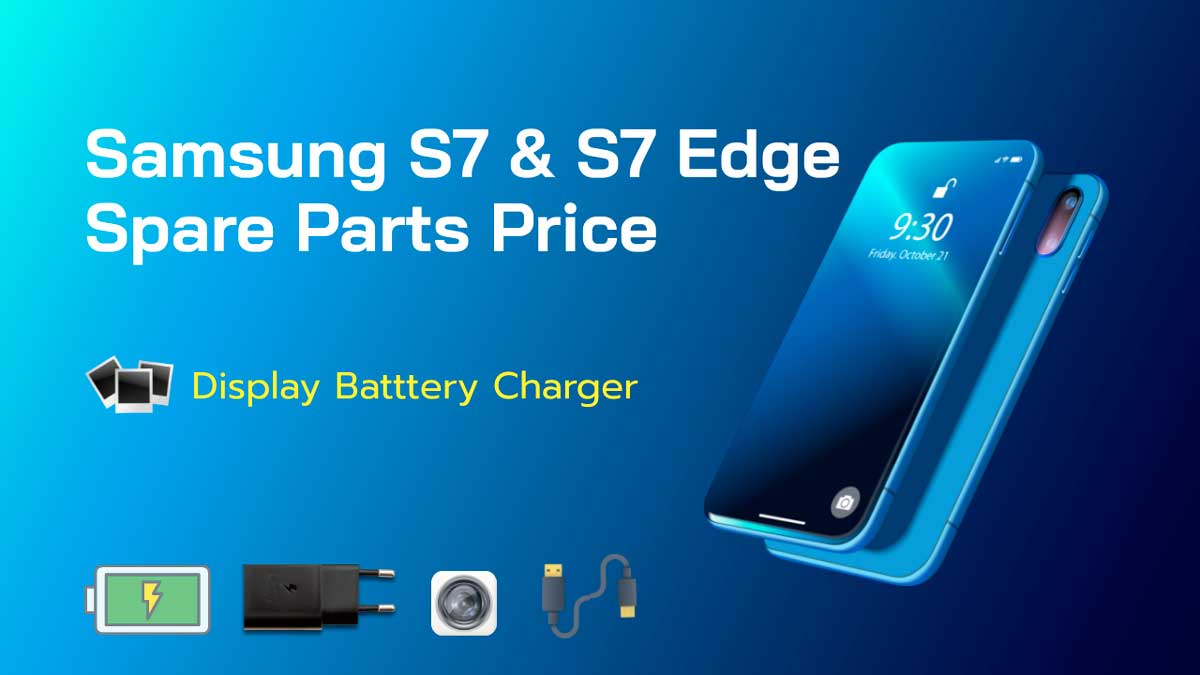 Initially this series was launched in 2010 & it is still continued. Samsung S22 is the latest smartphone in this series.

Samsung has launched S series tablets in 2014 to expend this series. Samsung galaxy Tab S8 is the latest tablet in this series.

If you are having any difficulty with your Samsung S7 or S7 edge hardware parts then you are at the very right place because here you can find the Samsung authorized spare parts for your smartphone.

It is well known to everybody that there are so many bugs exists in every software so a good software developer company always release updates to their system.

Samsung Galaxy S7 spare parts price list is available in the table below.