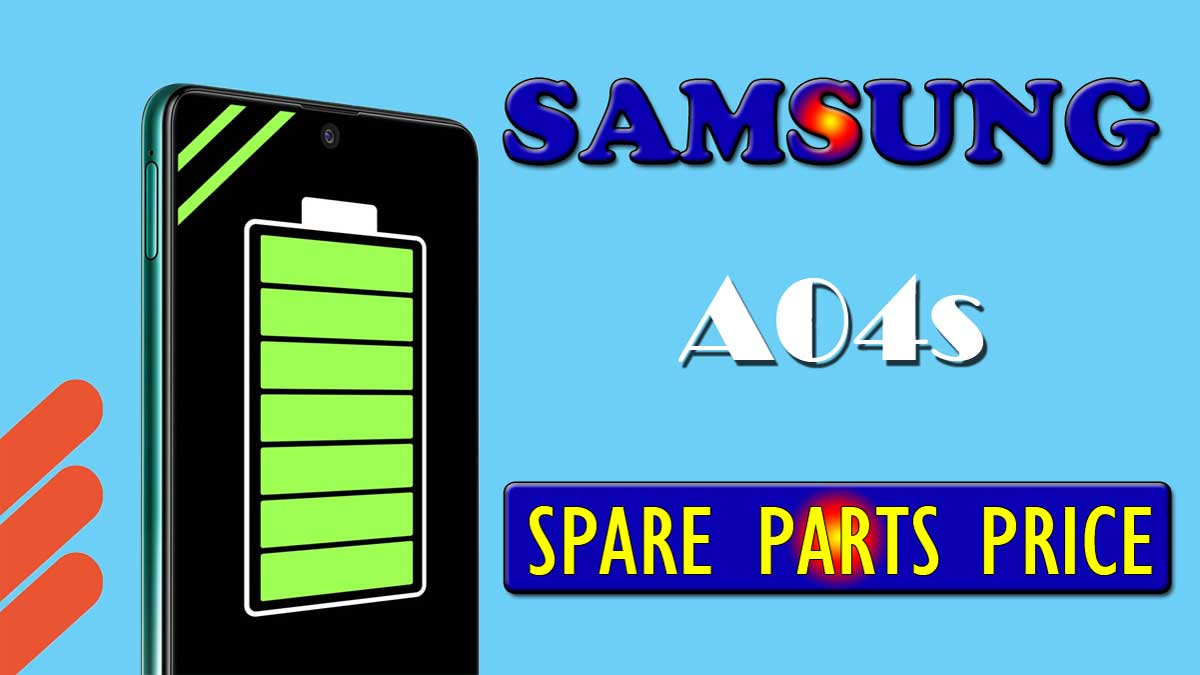 If you own a Samsung A04s smartphone and want to know the display, battery and motherboard replacement prices then you have come at the right place.

It was released with Android 12 version customized with Samsung One UI 4. It is now confirmed that it will get Android 13 update based on One UI 5 in Mar 2023.

It is also very disappointed that a recently released smartphone will get One UI 5 update after all other Galaxy devices even released previous year.

So, it is clear that Samsung only give preference to its premium series Galaxy devices for releasing updates.

Samsung Galaxy A04s is has a very least priority than other series devices by Samsung.

Samsung Galaxy A04s spare parts shown above in the table are subject to change according to Samsung internal policy. Some of the things to note about Samsung spare parts price are as follows.

You also have to pay for screen price if your smartphone is under warranty, but mobile screen is broken or damaged. But in that case, you need not pay for labor cost at service center.

Samsung Galaxy A04s is a popular smartphone by Samsung in India. As this product is a mid-range smartphone and it also provide value to the buyers.

So, people are attracting towards it. This smartphone gives tough competition to Xiaomi and Realme mid-range smartphones.

It sports 50MP triple rear camera setup. And it also supports 5MP front camera. This smartphone is a value for money device and as it is a mid-range smartphone, so it is also affordable with a large population.