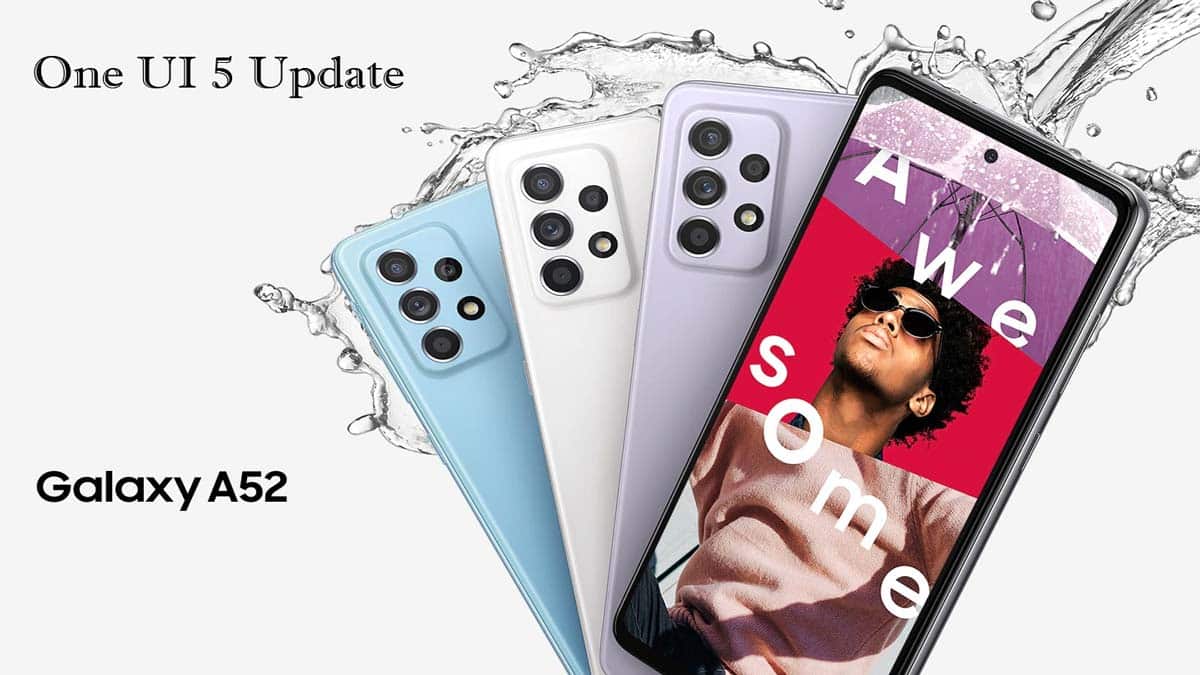 Samsung Galaxy A52 was launched in March 2021 across the world. A series is a mid-range smartphone series by Samsung.

Here is a very good news for Galaxy A52 series smartphone users that it is eligible to update to One UI 5 based on Android 13 version.

Samsung has already started rolling out One UI 5 update for its recently launched high end phones. Galaxy S22 series smartphone users have already received One UI 5 in their devices through OTA.

Now what about A series phones including Galaxy A52? According to Samsung its high-end devices will get 3 major Android upgrades and mid-range smartphones will get 2 major updates.

So, it is clear that Galaxy A52 will definitely get Android 13 update customized with One UI 5 in year 2023.

One UI 5 update for Galaxy A52 release date

It will be a staged rollout so the One UI 5 update will be released in a controlled environment to avoid any issues while getting updates to its users.

Almost all the A52 users will receive One UI 5 update in Feb 2023 through OTA on their phones.

So don’t worry Galaxy A52 users, your smartphone will also receive One UI 5 upgrade very soon up to between Jan to Feb 2023.