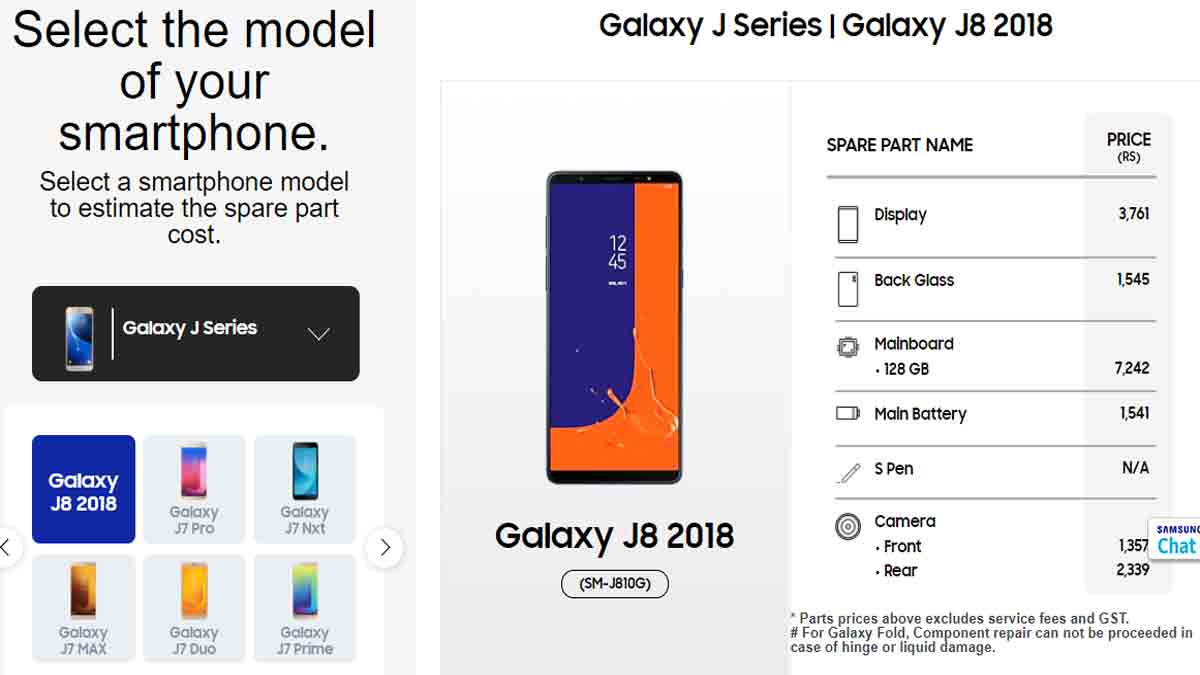 If you have owned Samsung Galaxy J8 smartphone then you might be curious about its display, battery and other spare parts price.

So in this post, we have discussed Samsung Galaxy J8 original display, battery and other spare parts price in details.

We also have talked about specification of Samsung Galaxy J8 in this post. So let us get started with its spare parts price.

You can also visit Samsung service center after your smartphone warranty period has completed. But this time you have to pay for the labor charges as well as spare parts replaced.

Samsung Galaxy J8 spare parts price list is given in the table below.

You also have to pay for screen price if your smartphone is under warranty, but mobile screen is broken or damaged. But in that case, you need not pay for labor cost at service center.

Samsung Galaxy J8 screen replacement cost is the sum of 3,761₹ (screen cost) + 350 (labour charges) + 18% GST. And the Galaxy J8 parts price is available in the tables given below.

Samsung Galaxy J8 screen replacement cost is the sum of 3,761₹ (screen cost) + 350 (labour charges) + 18% GST. And the Galaxy J8 parts price is available in the tables given below.