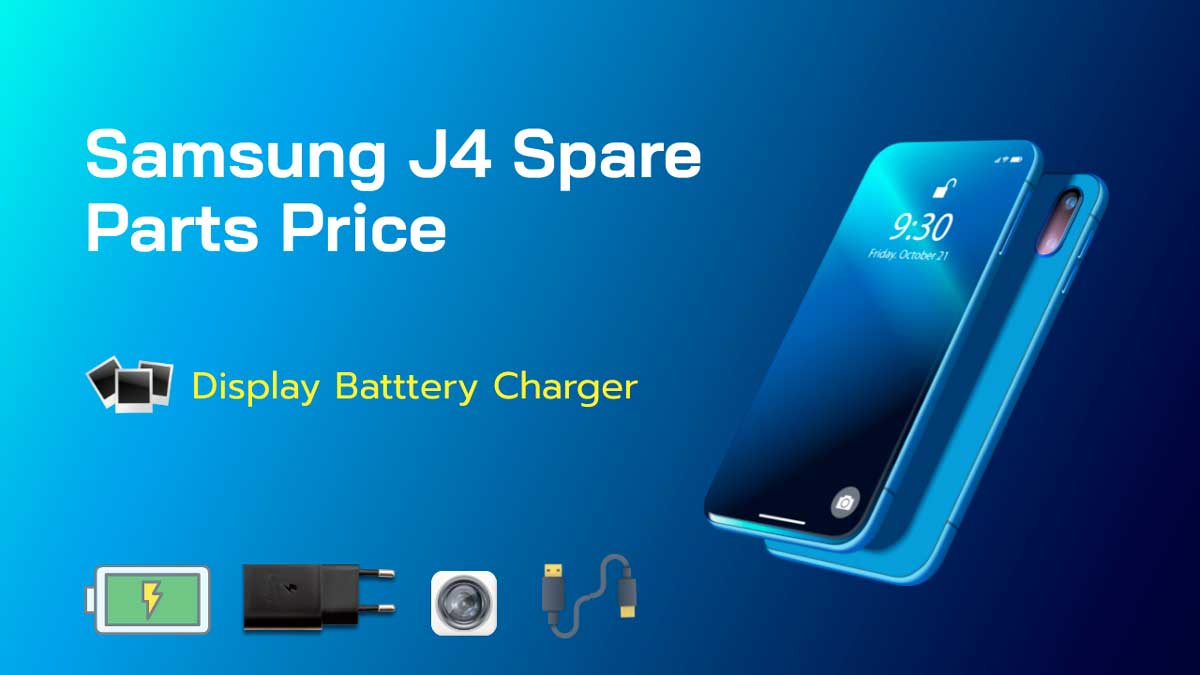 Galaxy J series came into existence in 2015 to cover market in Asian market and entry level segment in European market.

Galaxy J Series is a mid-range smartphone series by Samsung. This series comes below Samsung A series and produce higher range mobile than Galaxy M series.

We understand that J series by Samsung is the older series so you might be having difficulties in using this series smartphones.

In this post, We have discussed Samsung J4 display, battery, motherboard and other spare parts price list in details.

Samsung Galaxy J4 spare parts price list is available in the table below.

It is well known to everybody that there are so many bugs exists in every software so a good software developer company always release updates to their system.